Add a little luxury to your night at home... 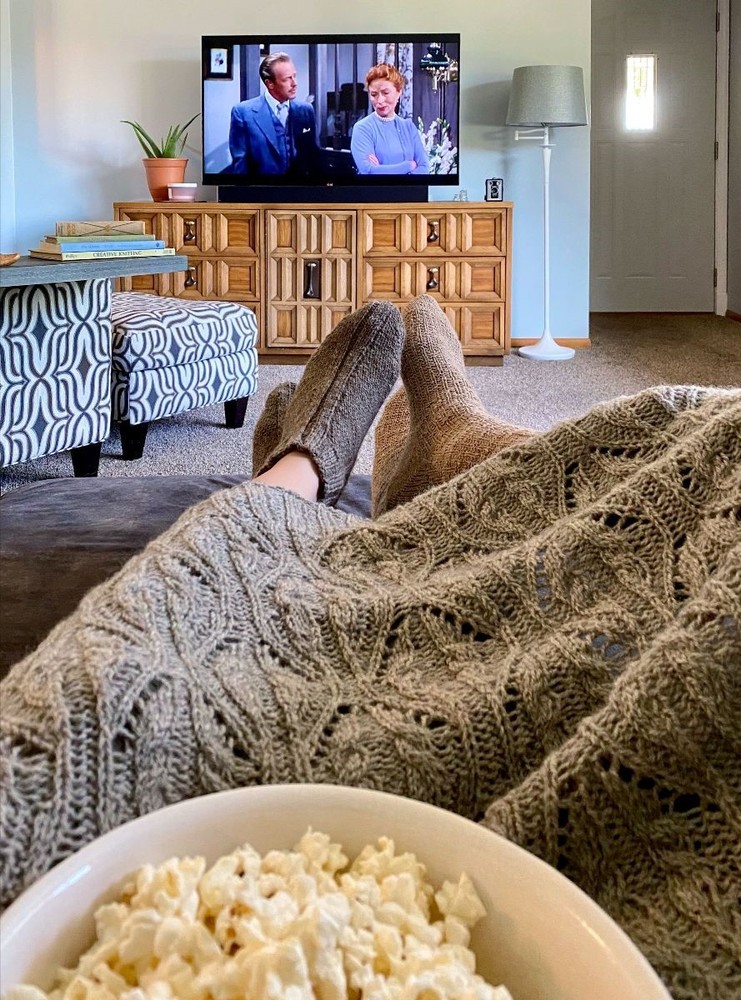 The Year of Netflix, Knit & Chill

Love it or hate it, 2020 has certainly been the year for staying in. But, who really minds an excuse to relax at home and knit more fun patterns? We don't! Especially with these snuggle-worthy throws, booties and socks to curl up with... 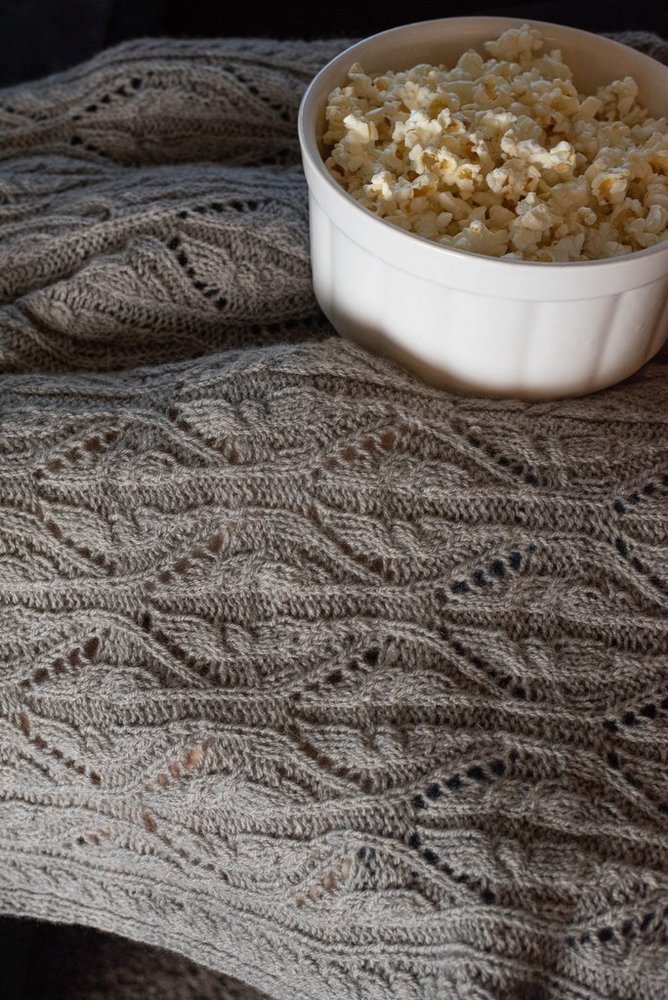 Originally released in Wool People Vol. 1, this richly textured throw is not only warm and snuggly but also makes an elegant home decor accent when not in use. The drape of the blanket knit in DK delivers the prefect balance of warmth and lovely drape, but if you're in a hurry for a last-minute gift, worsted is also a great choice. 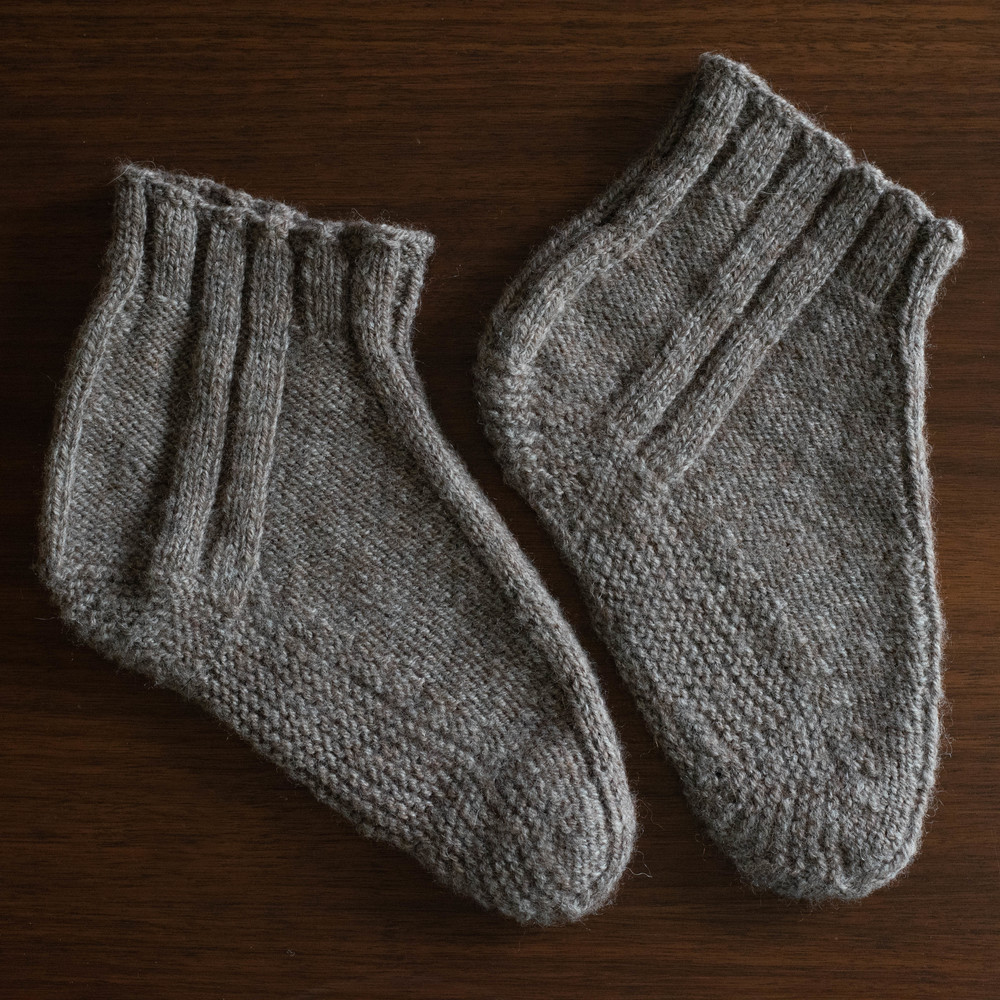 When your tootsies are dog-gone tired, slip them into a pair of Sleepy Dogs and you'll be letting out a blissful sigh of comfort.  While knit in our super-soft Merino Alpaca blend of Better Breakfast DK, the design of these booties are knockout in a bold variegated colorway. 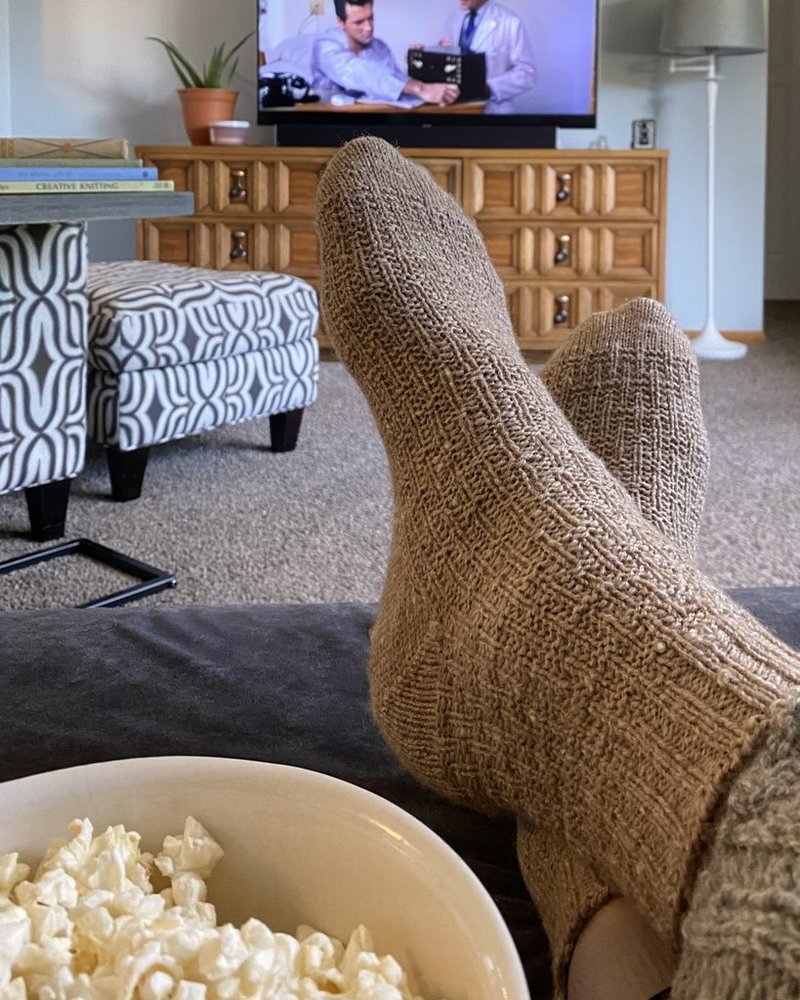 One of our signature yarns because knitters love it so much!

The softness is wonderful for sensitive skin and the combination of Merino and Alpaca (65/35) give this yarn a warm, springy, squishiness you'll fall in love with.

(And as you can see by the Hourglass throw, you won't sacrifice a bit of stitch definition). 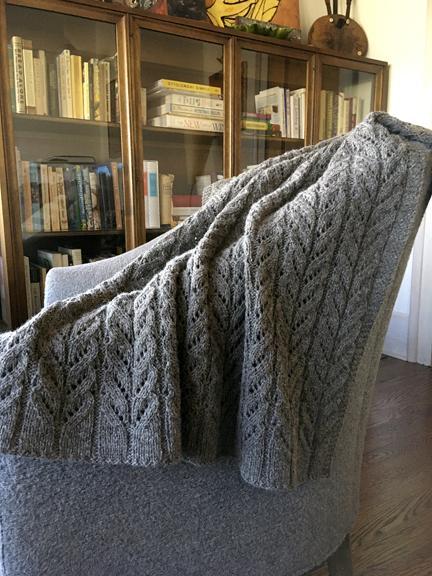 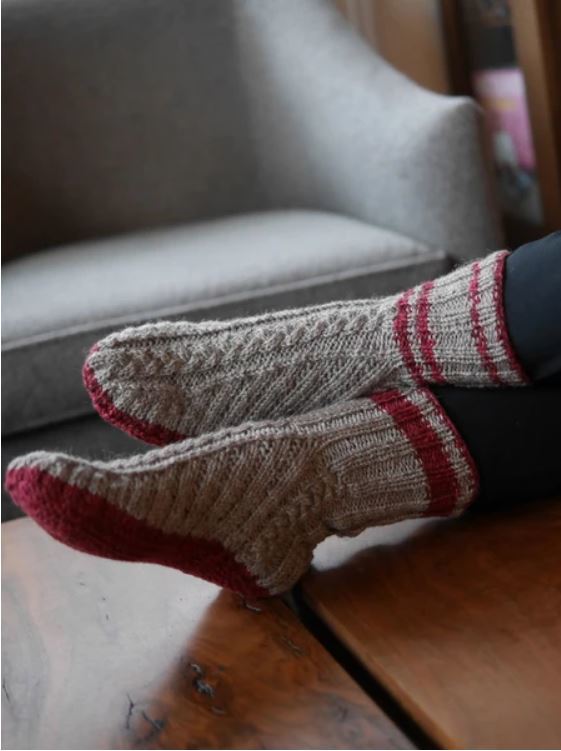 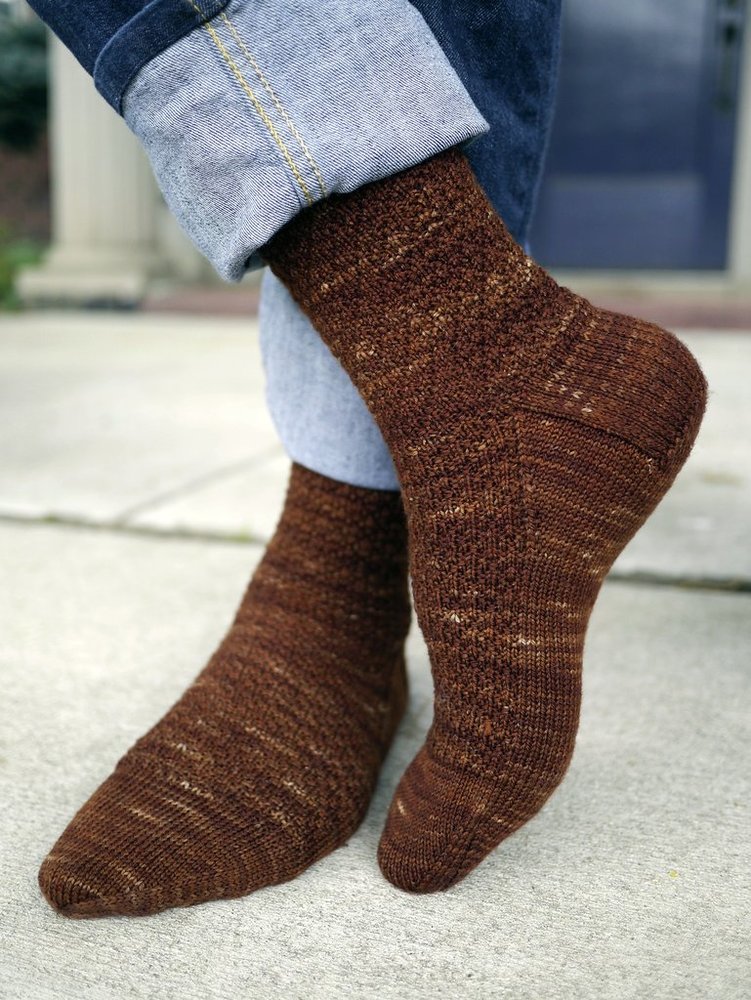 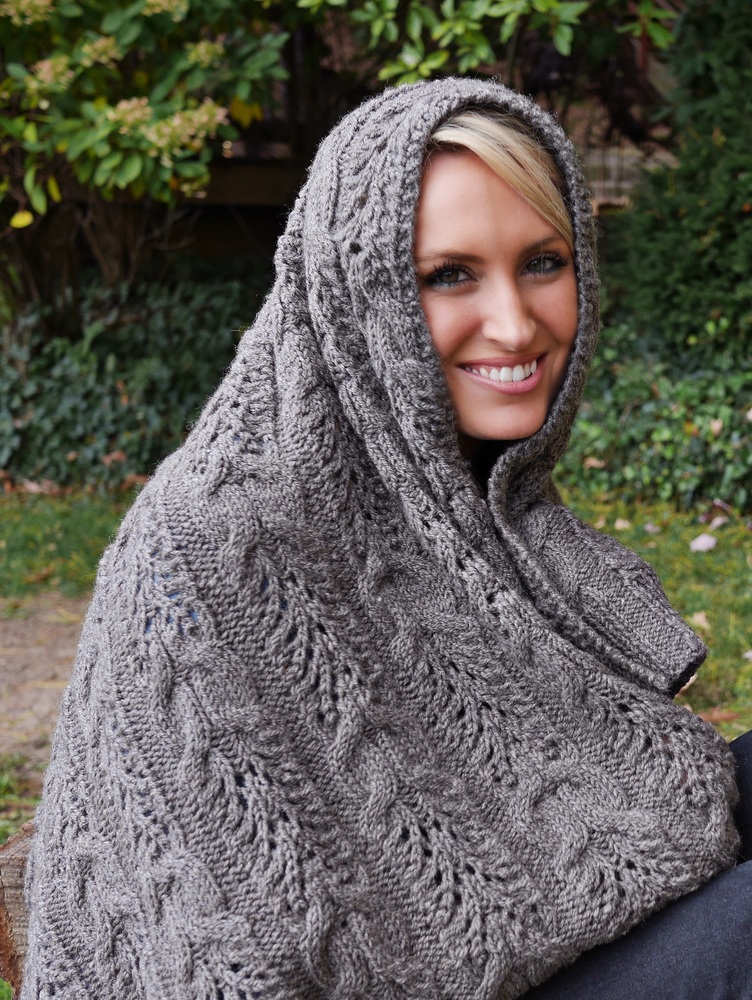 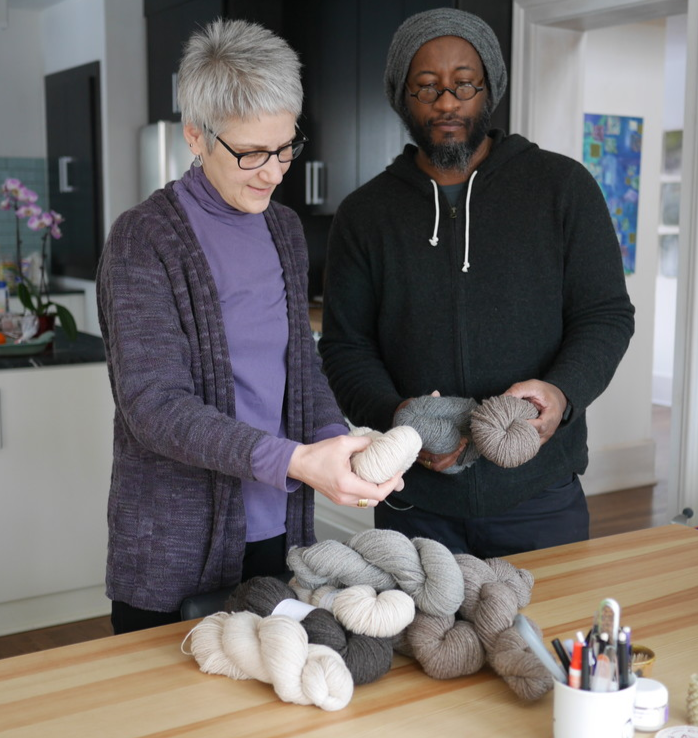 A life-long knitter with a background in the fashion and graphic design fields, Anne lives and works in NE Ohio with her husband David, and rescue dog Cardigan.

In addition to having her own design company and line of yarns, Anne has designed for Brooklyn Tweed, Interweave Knits and more. She enjoys sharing her love of knitting through instruction and has taught at Vogue Knitting Live, Blueprint (formerly Craftsy) and at dozens of other yarn shops and fiber shows around the country.

Get Social with Us!

And SAVE 30% Every Weekend, ALL weekend long!

The Knitspot Pattern of the Weekend (KPOW) is a special perk just for our email subscribers. Every Friday, we'll pick a surprise pattern from Knitspot's 500+ designs along. We'll give you all the deets and even suggest the beset yarn pairings.  The best part though is that every KPOW email comes with an exclusive discount code to get 30% off the instant download...or get a code to get the design completely free with the purchase of the recommended yarn! [Psst...You're info is never shared and you can unsubscribe with a single click anytime.] 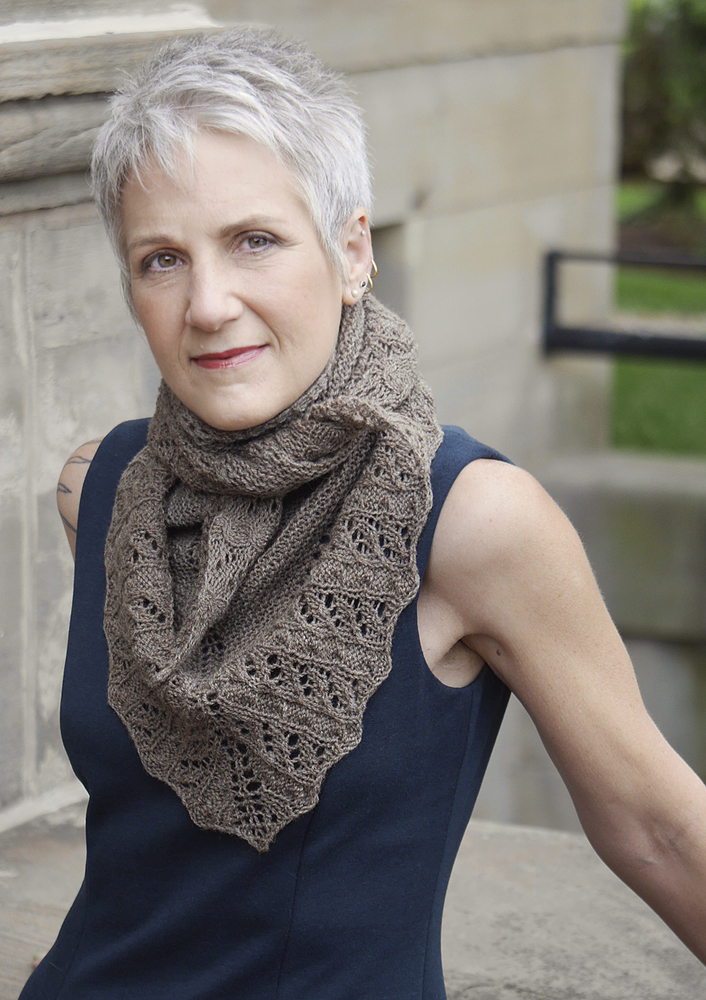 This is a true-life story of New Zealand author, Janet Frame. A brilliant, but clinically shy child, Janet was mistakenly diagnosed as schizophrenic. The movie, based on her series of memoirs, follows her life as she uses her creative gift to cope and gradually come to terms with all that she endures. As a fairly introverted creative myself, this one really struck a chord.

In his attempts to reconcile a lounge singer with his mistress, a hapless talent agent is mistaken as her lover by a jealous gangster... This is a funny, charming Woody Allen comedy where he stars alongside talented actress Mia Farrow. And the ending....OMG...but, I won't give you any spoilers!

This short indie film manages to be positively charming with barely any dialogue. A balloon with a mind of its own follows a little boy around the streets of Paris. The colorful imagery, magical storyline, and gentle humor made my night...and apparently I wasn't alone since this is now considered a European cult classic.